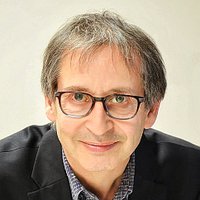 Professor Nigel Goldenfeld holds the Chancellor's Distinguished Professorship in Physics at UC San Diego.  His research spans condensed matter theory, the theory of living systems, hydrodynamics, and non-equilibrium statistical physics. Nigel received his Ph.D. from the University of Cambridge (U.K.) in 1982. From 1985-2021, Nigel was in the Department of Physics at the University of Illinois at Urbana-Champaign, where he eventually held the position of Swanlund Endowed Chair and Center for Advanced Study Professor of Physics.  He also led the Biocomplexity Group at the Institute for Genomic Biology, and founded the Institute for Universal Biology there, which was part of the NASA Astrobiology Institute from 2013-2019.  In 1996, Nigel co-founded NumeriX, a company that provides high-performance software for the derivatives marketplace.  Selected honours include: Alfred P. Sloan Foundation Fellow, University Scholar of the University of Illinois, the A. Nordsieck award for excellence in graduate teaching and the American Physical Society's Leo P. Kadanoff Prize (2020). Nigel is a Fellow of the American Physical Society, a Fellow of the American Academy of Arts and Sciences and a Member of the US National Academy of Sciences.