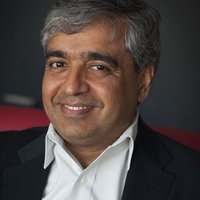 Subir Sachdev is the Herschel Smith Professor of Physics at Harvard University and the Cenovus Energy James Maxwell Chair in Theoretical Physics at the Perimeter Institute. He is an elected member of the US National Academy of Sciences and the American Academy of Arts and Sciences. He is a Fellow of the American Physical Society (APS), a Honorary Fellow of the Indian Academy of Sciences, and a Foreign Fellow of the Indian National Science Academy. He has received numerous recognitions including the APS Lars Onsager Prize (2018), the Dirac Medal from the International Center for Theoretical Physics Italy (2018), the Dirac Medal for the Advancement of Theoretical Physics from the Australian Institute of Physics (2015), the Guggenheim Fellowship (2003), the A.P. Sloan Fellowship (1989), and the Presidential Young Investigator Award from the National Science Foundation (1988).