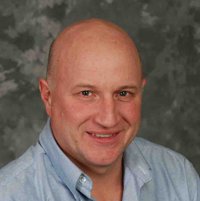 Professor Jeff Dahn holds the NSERC/Tesla Canada Industrial Research Chair at Dalhousie University. Prior to this, he held the NSERC/3M Canada Industrial Research Chair in Materials for Advanced Batteries at Dalhousie University from 1996-2016. He is recognized as one of the pioneering developers of the lithium-ion battery that is now used worldwide in laptop computers and cell-phones.  His recent work has concentrated on increasing the energy density, improving the lifetime and lowering the cost of lithium ion batteries. Jeff obtained his B.Sc. in Physics from Dalhousie University (1978) and his Ph.D. from the University of British Columbia in 1982.  He then worked at the National Research Council of Canada (82-85) and at Moli Energy Limited (85-90) before taking up a faculty position in the Physics Department at Simon Fraser University in 1990.  He returned to Dalhousie University in 1996. Jeff has received numerous awards including: International Battery Materials Association (IBA) Research Award (1995); Herzberg Medal, Canadian Association of Physicists (1996); ECS Battery Division Research Award (1996); Fellow of the Royal Society of Canada (2001);  Medal for Excellence in Teaching (2009) from the Canadian Assoc. of Physicists, The Rio-Tinto Alcan Award from the Canadian Institute of Chemistry (2010), the ECS Battery Division Technology Award (2011), the Yeager award from the International Battery Materials Association (2016) and the Inaugural Govenor General's Innovation Award (2016).